SILENTIUM – getting active again and planning a new album 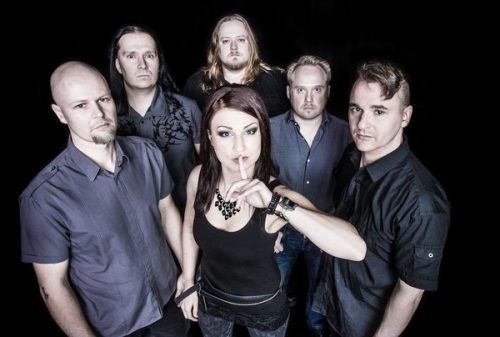 Finnish Gothic metallers SILENTIUM posted on their Facebook page that although they have been mostly in the shadows they have been writing new material and planning a new album which would be recorded later this year. They also revealed that finally their whole catalogue is available in Spotify.

The story of Silentium goes back to December 1995 into the ashes of a death/gothic metal band called Funeral. From the remains of Funeral, keyboardist Sami Boman and original vocalist Matti Aikio created Silentium by adding violin player Jani Laaksonen, guitar players Toni Lahtinen & Juha Lehtioksa and drummer Jari Ojala into the line-up.

Silentium’s first recording was the four-song-demo-tape Illacrimó which was released in the end of year 1996. Their second, six-song Ep-tape Caméne Misera was released in 1998 and featured female vocals by Tiina Lehvonen who then became a permanent member of the band. This second tape caught the attention of Sami Tenetz who was at the time setting up his record label Spikefarm. After some negotiations Silentium signed a deal with Spikefarm and their first Spike-release Infinita Plango Vulnera in 1999 had the honor of becoming Spikefarm’s first CD, NAULA001. The record also introduced the new drummer, Janne Ojala.

Sufferion’s feedback was as expected; some loved and some couldn’t stand the idea of music and radio play. Every listener was touched someway and the long awaited gigs started to appear in the tour list. After the good start came a kick in the teeth: drummer Janne Ojala announced he’s got a lack of motivation and is leaving the band. Also Laaksonen and Anna Ilveskoski, who already gained the status of permanent vocalist, left and the whole band lived on the edge for awhile. But the guys didn’t want to give up and the help was found surprisingly near; the original drummer Jari Ojala was willing to join in again and Riina Rinkinen gave her amazing voice to the band.

Silentium changed the record label also. In the 2005 they signed to the Finnish Dynamic Arts Records company and in the spring of 2005 it was time to head towards studio Sundi Coop. During the intense month they recorded material for the Silentium’s fourth full-length CD, Seducia, but also for their first single release, Frostnight. In these records can also be heard the change of violin to the cello played by Elias Kahila and the sound of Silentium has only completed from before.

The year 2006 came out to be bigger than ever; welcome for the Seducia was quite good and the fuss began to grow. The band had more touring than ever before and this time outside Finland also. Silentium had a gig in Romania with Amorphis and HIM and the welcome was just amazing. The country and the fans really knocked the band off their feet and they gave their absolute best for the sunny Sibiu. Few months after that came the news of a Silentium song being the part of the Portuguese film and the power play of Silentium in the radio. And all that time the band toured inside Finland and visited new venues and met new fans.