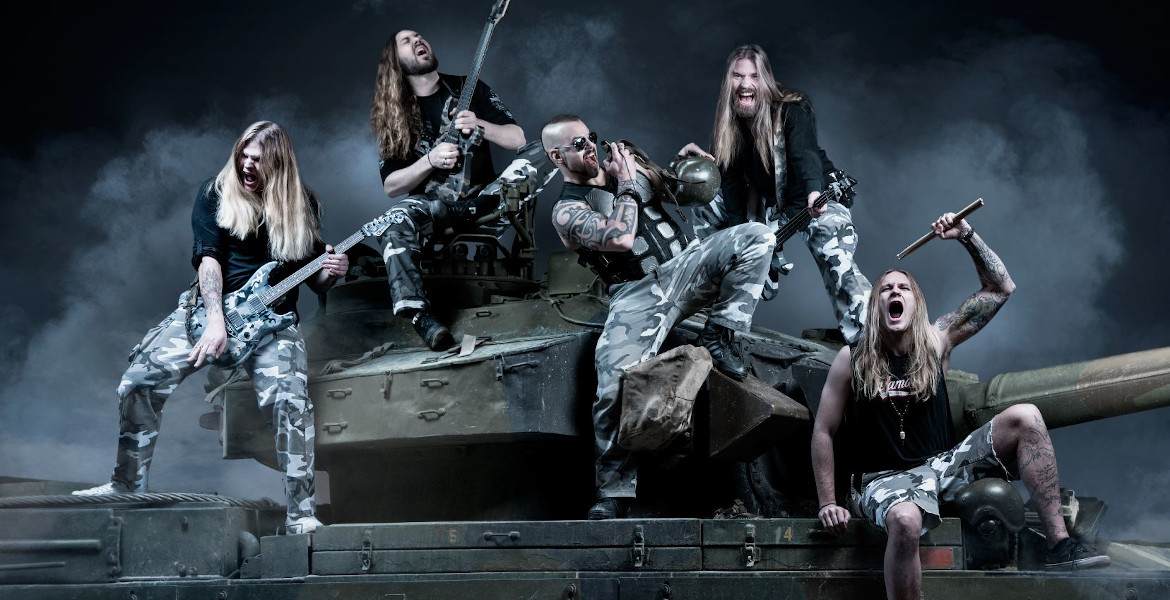 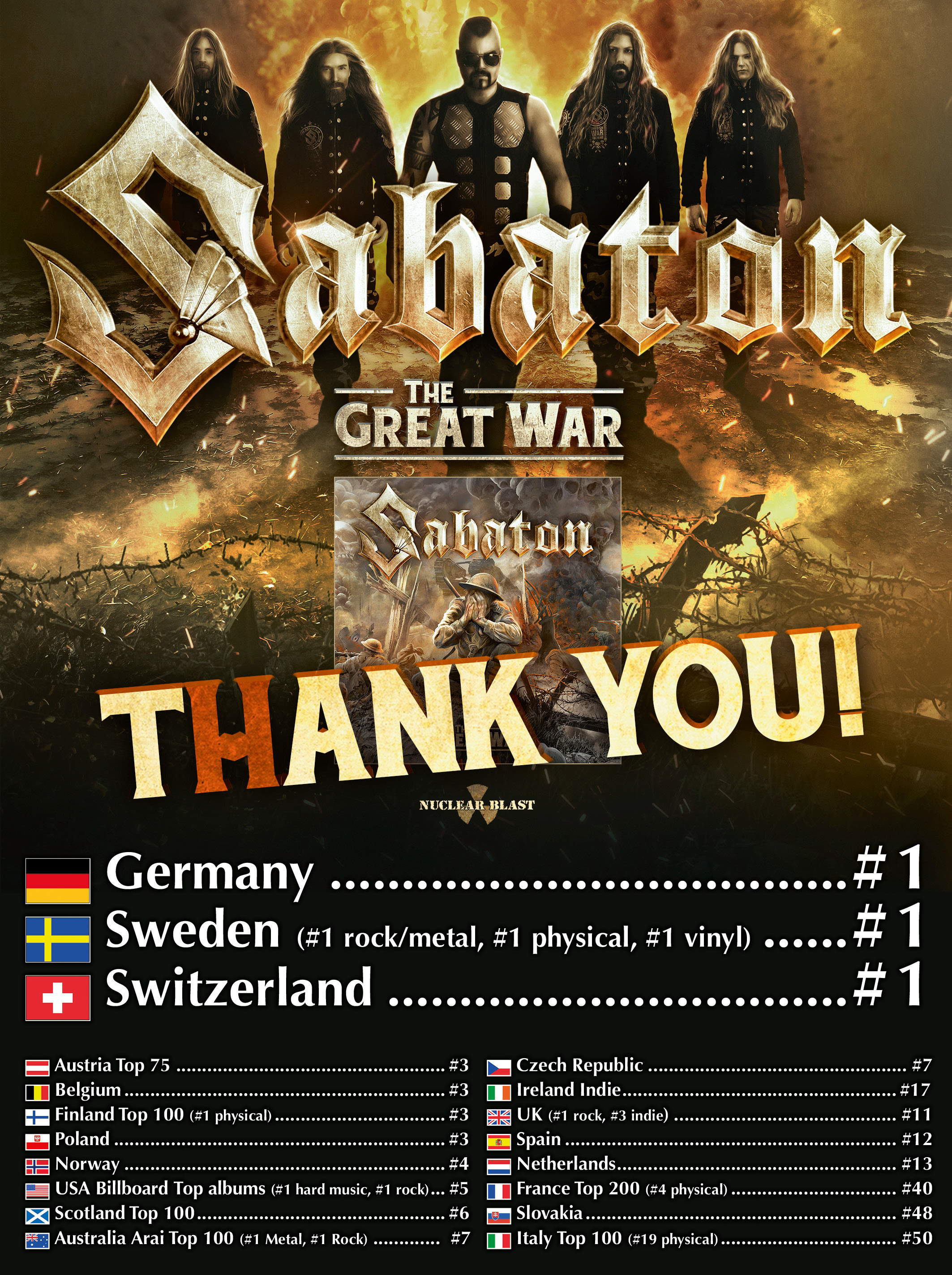 With their new album “The Great War“, Swedish heavy metal heroes Sabaton have reached fantastic chart results all over the world, including the #1 top position in Germany & Switzerland, as well as their home country Sweden.

”All these fantastic numbers show a few things! First that we still can write songs that you guys want to hear! But more important that you are the best fans in the world and that metal is stronger than any other genre. We really look forward to tour with this album and perform many new songs all over the world”, comments Pär Sundström.

Tickets are available on https://www.sabaton.net/tour/

The release of Sabaton’s ninth full-length record perfectly coincides with the band’s 20th anniversary and the concept album is based on events during the First World War. The band started the recordings exactly 100 years after the end of the First World War (11/11/1918) and took 3 months of intensive work to complete the album together with their long term producer and partner Jonas Kjellgren atBlack Lounge studios. Furthermore, the album has been mastered by Maor Appelbaum and the artwork was once again created by Peter Sallaí. “This is not the first time we have sung about stories from this period in time, but now we felt the timing was right to make a full concept album about this war”, explain the band.