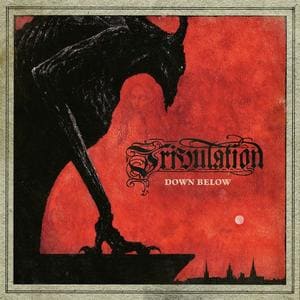 It’s not often that you get a band like Tribulation, that combines the best of both worlds seamlessly. I’ve been eagerly awaiting this album since the release of The Lament music video. I can tell you this, it was well worth the wait. I’ve had this album on my playlist for a week now and it gets better every time that I listen to it.

From the start of this album I’ve heard everything that I like about Goth Rock music with vocals that would make any Black Metal artist jealous. It sounds SO good. As a guitarist myself I constantly hear people bickering about getting the perfect tone and to be honest, I think Tribulation have it just right. The Lament is the perfect first track to this album, because it embodies all of that.

Another big part of the album that stood out to me immensely is how catchy and elegant the melodies are. I found myself humming the second song on the album, Nightbound, a couple of times already. This is most definitely my favourite track on the album and I can listen to it repeatedly, enjoying it more and more than the previous time.

I personally believe that Tribulation possesses something very important that makes their music as brilliant as it is – pure passion. When you listen through this album, you’ll probably be enveloped in such a way that you will also want to see them perform. I watched a ton of their videos and their stage presence makes it even better.

Tribulation keeps up the good melodies right until the end of the album. I recommend this album to everyone, even non-Metalheads. Bands like these deserve all the recognition in the world.

If you’re into Extreme Metal but you also love the Gothic sound, listen to this. Tribulation consistently makes good music.

Tribulation definitely added another member to their fan base with this album. The beautiful Gothic sounds combined with the brutality of Johannes’ voice created a perfect album.