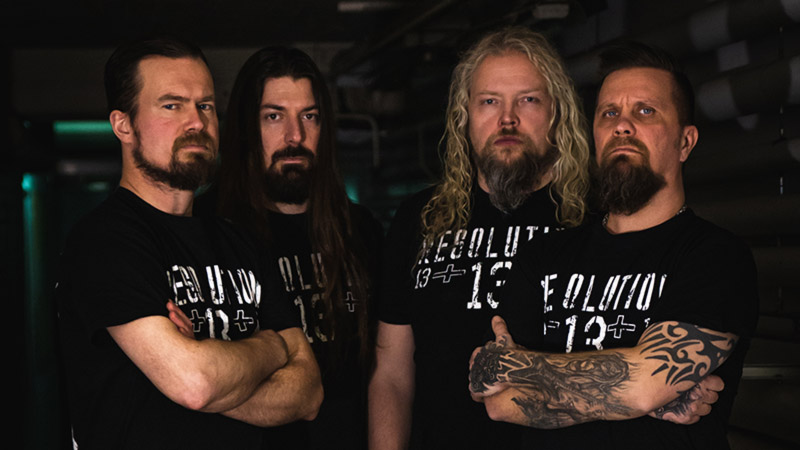 Finnish industrial metal act RESOLUTION 13 are currently in the last recording phase of their upcoming sophomore album. Today, the band released an official live video for “Colossal”, taken from their debut album from their show during Emergenza Finland 2019. The band thanks Ilkka Paasonen for filling in for bass duties when Ilkka Tanska couldn’t make it during the finals.

Founded in 2010, RESOLUTION 13 exists out of seasoned musicians from well-known and respected bands and projects on Finnish grounds such as DRIVE, GODSPLAGUE, THE BLACK LEAGUE, GRENDEL, DIMEBAG BEYOND FOREVER, and DOPE TRIBE DEVILS. The band released their debut album Colossal which was received positively around the globe in 2015, and are now laying the final touches on their follow-up. RESOLUTION 13’s music and sound is hard, with down-tuned guitar riffs, ultra-low bass frequencies, supersonic synths, and war-battalion-like drumming. The band has recently won the regional award of Emergenza Finland, came in second in the Finnish finals, and also won the award for the best singer. What RESOLUTION 13 offer is to be a good hard-smashing live band, and an overdose of both hard-heavy and beautiful harmonies in industrial-like music.