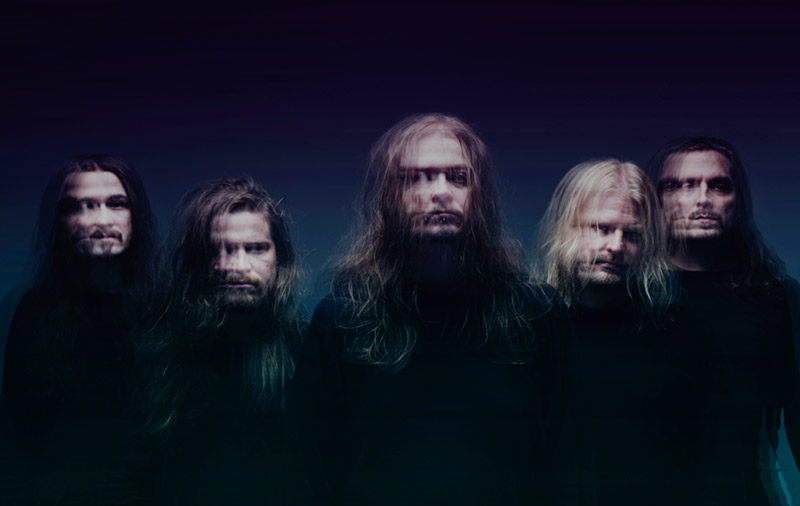 The band in their own words: “Greetings from the US! We’re currently on the road with our first North American tour going smoothly, in large part thanks to our superb crew, Nanotear and the amazing INSECT ARK. Meanwhile, the new ORANSSI PAZUZU album is currently being finalized and will be complete during the next few weeks. There will be a high dosage of psychedelic alchemy on this one. The new sonic realms feel simultaneously natural and fresh to us and we look forward to serving them to your hungry ears. We are also playing some of the new stuff on the ongoing North American shows. While we have your attention, we’d also like to take this opportunity to announce new partnerships. Firstly, we have signed a management pact with FlyingFox AB. We are thankful for receiving the mega-level advisory skills of Erin Lynch, who has already proven herself a worthy companion. Secondly, we are psyched to announce that we have signed a recording deal with Nuclear Blast Records, who will be handling the worldwide release of the new album in 2020! Special thanks to Jens Prueter (Head of A&R, Nuclear Blast Europe) for understanding and respecting the band’s identity. Thirdly, from now on, our show booking in Europe will be handled by Doomstar Bookings. If you want to book ORANSSI PAZUZU, get in contact with Zoltan! On top of all this, we are massively excited to announce that we will be doing a very special show at Roadburn Festival 2020, as part of James Kent’s (aka PERTURBATOR) curation. We are humbled to have been asked once again to return to this great festival, in which we will play the new album in its entirety, live, for the first time prior to its release! And in case you missed the news yesterday, we’re also confirmed for Inferno Metal Festival in Oslo, Norway! In the meantime, catch us at one of the North American shows that we are touring right now. Thanks for your support!”

Since birth, ORANSSI PAZUZU, ‘The Demon Of The Wind With The Colour Of Cosmic Energy,’ has never been satisfied to stick with a formula. Each album has seen the band expand upon its previous incarnation and then, like a supernova, blow it up and transform again into something recognizable but completely new.

The band was formed in 2007 by Jun-His (vocals, guitar) and Ontto (bass guitar), who started jamming with Korjak (drums), and Evill (synthesizers, organ, effects) in order to travel into uncharted musical territories. During its initial months, the band wrote songs collectively, fusing together various influences from space rock to black metal, to capture different states of mental cosmos. These early songs were recorded in Korjakʼs family cabin in the late summer of 2008 and released as »Muukalainen Puhuu« in 2009.

In 2009-2010, ORANSSI PAZUZU played shows around Finland and continued to write music that twisted towards more metallic and aggressive moods. In September 2010, they played first concerts outside Finland in Germany and the Netherlands.

»Kosmonument,« their second full length album, a concept album about a drifter lost in the void, was released in October 2011, followed by various European festivals in 2012, including Roadburn Festival and Hellfest. A year later, the band decided to work with Jaime Gomez Arellano (GHOST, PARADISE LOST etc.) and travelled to his Orgone Studios in London to record their third album »Valonielu« in 2013 which was presented live on their first full European tour shortly after.

ORANSSI PAZUZU returned in 2016 with the mindbending »Värähtelijä;« an album which continues in the vein of their previous album, giving the band much more room to diverge and explore the vast regions of hypnotic progressive psychedelia and the nebulous outer limits of Scandinavian black metal. Pitchfork wrote: “Four albums into their career, the Finnish quintet ORANSSI PAZUZU may have at last sidestepped the confines of the tag ‘black metal.’ Their latest 69-minute opus folds in krautrock, electric MILES DAVIS, stoner, thrash and more, finding the band lost – wonderfully, strangely somewhere between heaven and hell.” Spin called it “one of the most exciting, least predictable metal albums in recent memory” and also Decibel honored it with a 9/10 review: “ORANSSI PAZUZU’s psychedelia is grim, foreboding and intensely original, like if ‘Set The Controls’-era PINK FLOYD took a wrong turn during an LSD trip and ended up in an uncharted hell dimension.”

In 2018, ORANSSI PAZUZU and their Tampere cohorts DARK BUDDHA RISING, known for their grandiose slug-paced ritualist doom metal, recorded a new album, which was released on Svart Records on April 5th, 2019. The amalgam of these two entities was melted as one on »Syntheosis,« and released under the moniker WASTE OF SPACE ORCHESTRA. »Syntheosis« is based on a commissioned work for Roadburn Festival and was performed live in April 2018 in front of over 3,000 people.

The journey through space and time continues.