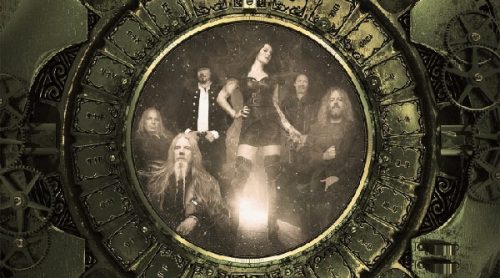 On March 16, Nightwish brought their Decades tour to the Electric Factory in Philadelphia.

At first, I was unsure if I was going to this concert. My schedule has been rather inconsistent at times, but I found some free time and managed to snag a last-minute ticket.

I had never seen Nightwish before, so this was definitely a new experience, and something I had been waiting for for a long time. So naturally, my first Nightwish experience had to be special.

And a special event it was.

The show began at 9:00PM on the dot, just as advertised. The lights went out, the excitement was rushing through the crowd. A countdown appeared on the screen like on New Years’ Eve, and when it got to ten, we all counted down, the excitement rising one decibel after the other.

After a lovely flute intro; Swanheart, Nightwish jumped on the stage for their first song, and one of my personal favorites, End Of All Hope, to the joy and elation of the crowd. A song with fast tempo and a great melodic sound, the song grasped the crowd’s attention and began on a high and powerful note. This was the first time I had ever heard Floor Jansen’s vocals. As one not too highly immersed in the “female-fronted” symphonic genre, I was not too familiar with her work in After Forever. I do like bands like Epica, Theater of Tragedy, The Gathering, to name a few, more so on the gothic side of things, but Ms. Jansen and company showed that this era of Nightwish was just as beautiful as any era of the band.

Following the End Of All Hope, Nightwish went straight into one of their biggest hits, “Wish I Had An Angel”, featuring a great contrast in vocals by Marco Hietala. As with most bands of the symphonic genre, Nightwish follows the “Beauty and The Beast” formula to a T. And it works. I’ve been a fan of Marco’s work with his other projects, Tarot and Northern Kings, and had a particular liking for his vocals, so it was definitely nice to finally hear them live.

Nightwish would slow things down a bit with “Come Cover Me”, once again showcasing Floor Jansen’s beautiful vocals, commanding the stage with beauty and grace. As this was titled the “Decades” tour, this show was a celebration of sorts, featuring many older and obscure songs from their impressive catalog. One such surprise was “Elvenpath”.

The stage presence and chemistry between the band was palpable,  it looked like they were having fun and enjoying playing, which resonated into the crowd. We sang along to “Nemo”, we danced along to “Elvenjig” (though I wish I could have danced more, but an injury prevented me from doing any more than simply hopping around), we screamed when they played “The Greatest Show On Earth”, and chanted “We Were Here”.

Spending a Friday night with Nightwish, I couldn’t think of what I would rather be doing than being there.

Closing their set with Ghost Love Score, with outstanding visuals behind them (as with their entire set; snowy backgrounds, rain, nature) this one featured flames and the burning of a musical score, a perfect touch, and a great way to end a wonderful night.

Despite the chants of “One More Song!!” from a screaming crowd, that would be their final song. Nightwish took a bow and thanked the crowd, and we thanked them, for stopping by.

An excellent performance full of wonder, playing deep into their discography, surprising even the oldest of Nightwish fans. We left the venue not sad that the performance was over, but happy that “We Were Here”. Nightwish has proved, once again, why they are at the top of their game, and why they put on “The Greatest Show On Earth”.