The World Of Amorphis 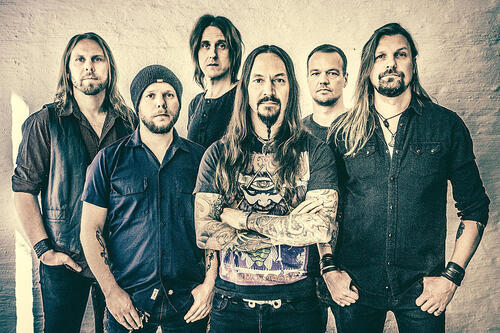 Amorphis has been around for decades and they are like good wine. With age they keep getting better and better. But what is your knowledge on Amorphis? Check it out with this quiz!

Perkele! Getting over 70% of questions correct in the World Of Amorphis shows you are a true fan! You have earned the bragging rights!

It might come as a shock that there is more to Amorphis than their new era with Tomi Joutsen. Don’t feel bad as you are not the only one. Read more about this wonderful band and try the quiz again!

#1. In 2015, Amorphis released a split and did a cover with which Finnish metal band? Name the band and the song.

#2. What was the name of the band that Tomi Koivusaari was in before Amorphis?

#3. What was the first Amorphis album Pasi Koskinen sang on?

#4. Name of the original vocalist of Amorphis

#5. Who was the vocalist in the Tales From The Thousand Lakes album?

#6. What was the first Amorphis album that received a gold certification in Finland?

#7. Amorphis was founded in what year?

#8. How many music videos has Amorphis released prior to 2020?

#10. What record label did Amorphis release Tales From The Thousand Lakes on?