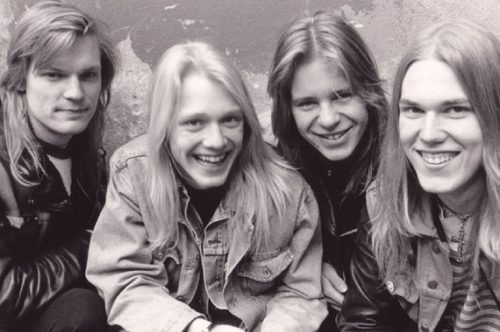 1980’s was a very important decade in Finnish metal. We have created this quiz so you can test your knowledge on that specific era.

You know your history or you have lived that sweet 80’s to gain such knowledge!

Yes 80’s was a long time ago and it might be difficult to know everything. Better luck next time!

#2. Who was the first vocalist in National Napalm Syndicate?

#4. What band was originally called Cross of Iron?

#7. What was the year Tuomo Lassila, last founding member of Stratovarius left the band?

#8. This band released their debut album “Heavy Metal Heroes” in 1982.

#9. Airdash released their debut album in 1988 and it was called