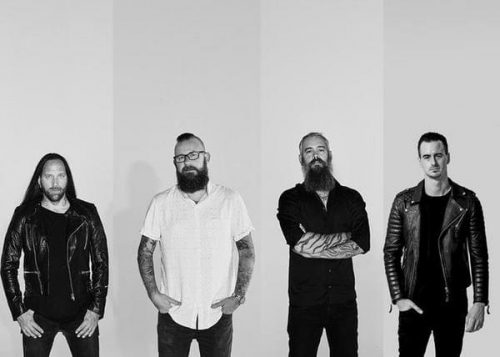 IN FLAMES singer, Anders Fridén, says about the latest additions, “We‘re happy to announce the final additions to complete the lineup of our festival, Borgholm Brinner this July. Please welcome our brothers in DARK TRANQUILLITY whom we look forward to sharing the stage with for the first time in years, and our friends in SATYRICON. We can‘t wait to bring the energy of all of these artists into such a unique atmosphere as the Borgholm Castle. It‘s going to be an unforgettable weekend!”

SATYRICON is one of the most important bands in defining the Norwegian wave and style of Black Metal during the 90‘s. The Oslo band made the world aware of Norwegian Black Metal and have since evolved into a more traditional heavy metal sound over their past few releases. Their ninth album was released late 2017 and dubbed a “game changer” by Blabbermouth, with a 9/10 rating. We can‘t wait to see what Satyr and Frost will bring to Borgholm Brinner this summer!

DARK TRANQUILLITY share their hometown with headliner and festival hosts IN FLAMES and is considered one of the pioneer acts of the Gothenburg metal scene. Carving their name into the melodic death metal scene in the late 80‘s with Anders Fridén of IN FLAMES as the lead singer of the band for the first five years, the bands will join together again at Borgholm Brinner for the first time in years. The five current members (with lead singer Mikael Stanne) have been touring the world, playing classic festivals and big stages with their eleven(!) celebrated albums to choose songs from. We look forward to another Gothenburg addition to the Öland festival in July!

This is the final festival line-up:

Since forming in Gothenburg, Sweden in 1990, IN FLAMES have had seven albums debut in the top ten in Sweden, including two #1 debuts. They have toured the globe countless times, performing alongside some of today’s biggest rock and metal acts, including METALLICA, AVENGED SEVENFOLD, DISTURBED and IRON MAIDEN, and have held several mainstage and headline spots at various music festivals around the world, including Ozzfest, Download Festival, Graspop, Taste of Chaos, Hellfest, Rock Am Ring / Im Park and many more.