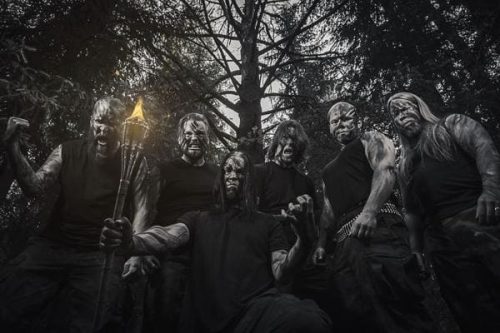 Verikalpa is a Troll/Beer-metal band from the Northern city of Oulu in Finland. They combine groovy riffs and rhythms with twisted folk melodies with a very Finnish touch. The lyrics are in Finnish and more specifically in the accent of Oulu. The songs are tales about drinking, hangovers, trolls and of course bloodspattered eternal battles. Verikalpa is formed by six musicians from bands such as CATAMENIA and QUAKE THE EARTH and this experienced group of musicians deliver their music with a firm touch and with an energetic live show.

The band comments:
“THE TIME HAS FINALLY COME! After all the teasing and foreplay Verikalpa takes it’s biggest step ever and presents Taistelutahto to the world! It took a lot of beering, strained neckmuscles and a few square feet of dandruff on the floor of the rehearsaldisco but after all that and the long hours in the studio we have to say it was all worth it! What make it so worth it you ask?

YOU! The fans and all you who have listened to the songs and headbanged in your bedroom hopefully in your underwear with a cold beer in your hands or in the middle of a sexual act!

A new page in Finnish groovyfolktrollbeermetal has been turned and this is only one of beginning chapters! Please keep streaming/listening the music on the platform of your choosing and let this be the soundtrack to your wildest nights! Cheers and beers to you all from Verikalpa!”