The year was 2003 and I was in high school. The name Children of Bodom had been circulating through the halls, but I had not found a chance to listen to them, until a classmate handed me the album Hatebreeder. I had seen their albums at stores like Coconuts, Sam Goody and The Wall, but never really gave it a second glance, after all extreme metal was still fairly new to me.

Here in the US, the extreme European side of metal was faintly growing, as the American metalcore scene was thriving. I suppose age also had a lot to do with it, as I was 15-16 at the time. The high school had your typical scenes; the jocks, the nerds, goths, metalheads, and we all played together in harmony, surprisingly an awkward and shy metalhead girl like me wedged her way into the preppy cool girls table by getting injured during gym class-but that’s another story for another day.

Through the halls, bands like Clutch, Pantera, Iced Earth and The Black Dahila Murder were whispered, then there was a new one; Children Of Bodom. Five young Finns from Espoo playing “what the hell is this,  I never heard anything like it!” fast, wild keyboards over technical melodies and catchy tunes, Children Of Bodom was completely out of this world. I wanted to know everything about them, I wanted to hear every song they had ever made up until that point. Downfall was the name of the song I had first heard from them, and I wanted more.

Around this time, Headbangers Ball was aired on MTV2, where lesser known bands and upcoming bands were featured. European bands like In Flames, Dimmu Borgir, Amon Amarth and Arch Enemy were becoming recognized along with the waning metalcore scene that was slowly, but surely evolving to deathcore, or splitting into (insert word here) core. At that point, Children Of Bodom were also slowly evolving. Surely the same band who put out Are You Dead Yet were not the same boys who put out Something Wild. They were older, more hungry and ready to take on the world.

It was my first extreme metal concert at the Trocadero in Philadelphia in 2004, Evergrey opened, Children Of Bodom played after, and Iced Earth headlined. As a growing child all of 17, this was a whole new world for me. A small theatre filled with metal heads who had been in the game for years, friends talking, moshpits, beer swinging, I felt like an outsider. However, the Philadelphia scene was welcoming. It brought back memories of my first Metallica show back in 1997, a free show in the old Corestates Spectrum (now currently Wells Fargo Center) parking lot. I only have small memories of that show, but it was the same welcoming atmosphere. 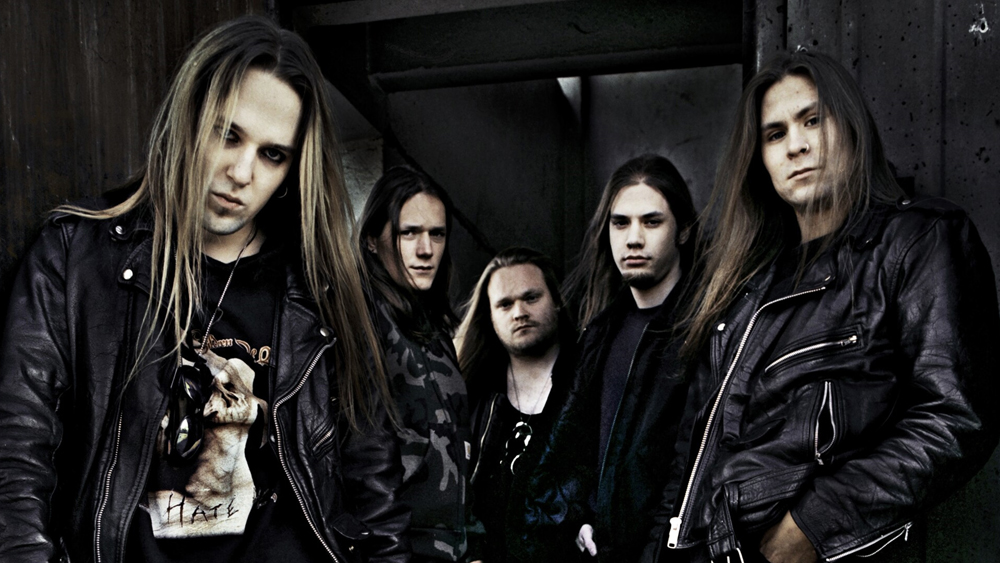 The live experience was something I would soon fall in love with. As this was the era between Hate Crew Deathroll and Are You Dead Yet, most of the songs of their short set spanned from their first four albums; Something Wild, Hatebreeder, Follow The Reaper and Hate Crew Deathroll. Their album performance couldn’t compare to the real thing. Seeing the tandem keyboard and guitar battles between Alexi Laiho and Janne Wirman at their peak, the cool bass lines from Henkka Blacksmith, pounding drums of Jaska Raatikainen, and the backing melodic guitars by Alexander Kuoppala was enough to fill my heart with joy. I wanted to see them all the time, and luckily, they toured the States, Philadelphia, often.

Their next big tour came in 2005, a headlining set featuring Amon Amarth and Trivium. This was where I would first meet Children Of Bodom. A sunny, yet freezing day in December. I remember I still had a few scratches on my face from the christmas tree falling on me the day before. I’m pretty sure I slipped on ice that day, too. Awkward moments aside, I got to speak to the Children Of Bodom members and tell them how much of a fan I was, as I was also on the verge of graduation, we spoke of that, too. It was nice to know that besides being fans of theirs, they encouraged my educational endeavors-even if they just seemed like meager words.

I would go on to see Children Of Bodom many times throughout their careers. Many other bands as well, as Children Of Bodom had essentially opened the doorways into more extreme metal. Nowadays, I lean more towards the melodic death/doom side of metal, but they’ll always remain a special band to me. I’ll always remember singing along to their music in the moshpit, meeting the band after their set, the ensuing running and dancing in the snow after their shows outside the Troc and the Electric Factory, and 930 Club and Irving Plaza and Starland Ballroom, the friendly autograph sessions, the Ultimate Metal forum crew (i wonder where they are now, however), and the fun shows they always put on in all the multiple cities I had seen them in; Philadelphia, New Jersey, New York, Washington, Baltimore come to mind. There’s probably more.

They say you never forget your first love, and the ideal rings true for Children Of Bodom, now that December 15th has passed, and the band had said their respective goodbyes. It’s bittersweet, it’s a sad thing to think about, that a once tight-knit band who you watched with childlike wonder when you were 16-17, turns into a band who have snapped at the strings. I don’t know the circumstances, I don’t want to know the circumstances. It will never be any of my business, and I want everyone to respect their decisions. Perhaps it was better to soothe and heal the wound before it became any larger.

You all know the saying, don’t cry that it’s over, be happy that it happened, something to that extent. I’m happy that I at least got to experience Children Of Bodom, and to be a part of their longstanding career, to be a fan, to watch them grow as a band. I wish all the best to their future endeavors, whatever they be.