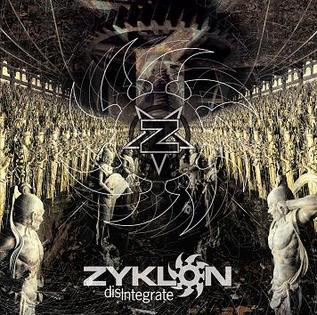 Disintegrate is the third and final studio album by Norwegian blackened death metal band Zyklon. It was released on 15 May 2006.

Clocking at 45:06, Disintegrate is Zyklon’s longest album and was recorded from November to December 2005 at the “Akkerhaugen Lydstudio”, in Norway.