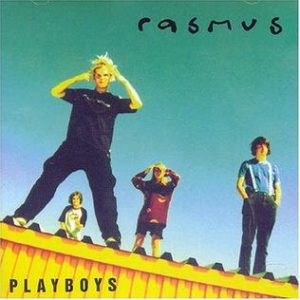 Playboys is the second studio album by Finnish rock band The Rasmus (known as just “Rasmus” back then) which was released on 29 August 1997 on Warner Music Finland.

It was certified Gold in Finland, and the single “Blue” also went Gold when it was released in May the same year. The album was not as popular outside their homeland Finland.

Besides the band, there were many additional musicians that appeared on Playboys. This made the album sound very different from regular rock. With the singer Lauri Ylönen’s rap vocals, it became more like rapcore.