Doomsday King is the eighth studio album by Swedish melodic death metal band The Crown which was released on September 27, 2010 via Century Media Records.

A music video was made for “Doomsday King” and “Falling ‘neath the Heaven’s Sea“. 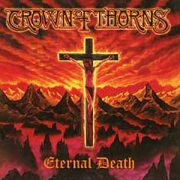