Cobra Speed Venom is the tenth album by Swedish melodic death metal band The Crown. The album was released on March 16, 2018 via Metal Blade Records and featured an appearance of Robin Sorqvist and Henrik Axelsson.

The Crown announced their upcoming release of their album Cobra Speed Venom in January 2018. On February 14,  2018, the band released a music video for their title song “Cobra Speed Venom“. The recording was officially released on March 16, 2018 in the United States and Europe on a Digipak-CD containing 11 singles and two bonus tracks, with a third bonus track exclusive to the Japan CD. Exclusively for Europe, the band have released the vinyl in three colors: the violet blue marbled, pale lilac marbled, and purple red splattered. The US exclusive vinyl was in white and purple splattered or dusk blue splattered variations. 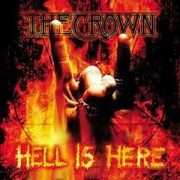