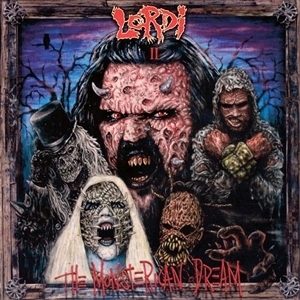 “The Monsterican Dream” is the second studio album by the Finnish metal band LORDI, released in 2004. The album contains more metallic music and heavier sound, with a more grim look to the band than LORDI‘s first album.

The album was re-released in Finland as a “Limited Edition”, which included LORDI‘s short movie The Kin in DVD.