In Search of Truth

Bands > Evergrey > In Search of Truth

Tracks on In Search of Truth

1. The Masterplan
2. Rulers of the Mind
3. Watching the Skies
4. State of Paralysis
5. The Encounter
6. Mark of the Triangle
7. Dark Waters
8. Different Worlds
9. Misled

In Search of Truth is the third album by Swedish progressive metal band Evergrey. The album is a concept album dealing with alien abductions, primarily based on and inspired by the allegedly factual account of alien abduction victim Whitley Strieber’s book Communion. Since the album’s release, it has been critically acclaimed and is generally considered to be the band’s magnum opus. 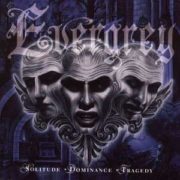