“Fatal Design” is a studio album released in 2006 by Finnish gothic metal band ENTWINE, which is the band’s fifth album. It was recorded at Petrax (Hollola, Finland), Grooveland and Wave Sound In Lahti, from March to April 2006. Mikko Karmila mixed the album in Finnvox studios. The album was released by Spikefarm Records.

A music video was filmed for the songs “Break Me” and “Surrender“, and the latter was also released as a single. The album reached the position 11 on the official Finnish chart. 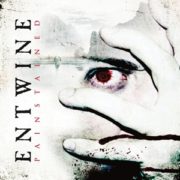