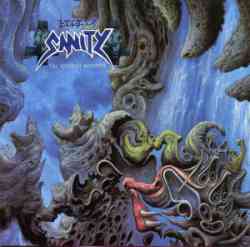 The Spectral Sorrows is the third full-length studio album by the Swedish death metal band, Edge of Sanity, recorded by Börje Forsberg in July–August 1993 and released by Black Mark Production in 1993. Unfortunately, the bassist, Anders Lindberg, could not record the album due to mandatory military service. This album begins Edge of Sanity’s progression from pure death metal to a more progressive and melodic death metal sound, with a greater focus on clean vocals than the album’s predecessor. One example of this progression is the track “Sacrificed”, which shows the band abandoning metal completely in favor of a cleanly-sung goth rock style.