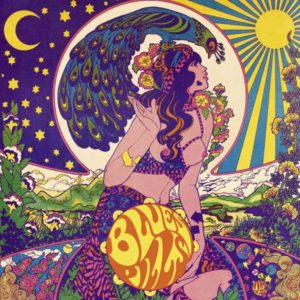 Blues Pills is the debut studio album by Swedish rock band Blues Pills, released on July 25, 2014 by Nuclear Blast Records. The album consists of ten tracks including some re-recorded releases from previous EPs and a cover of the Chubby Checker song Gypsy. Two singles were released, High Class Woman and No Hope Left For Me, and both songs had music videos by Nuclear Blast.

Many reviews praise the improvement on the re-recording of the tracks that had previously appeared on EPs. Reviews mention the sound and style comparing to 60s blues and 70s rock influences. The album received predominantly positive online professional reviews.