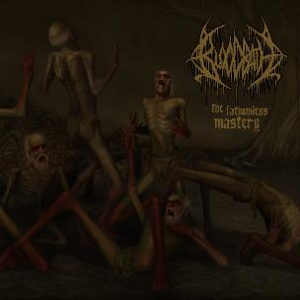 1. At the Behest of Their Death
2. Process of Disillumination
3. Slaughtering the Will to Live
4. Mock the Cross
5. Treasonous
6. Iesous
7. Drink from the Cup of Heresy
8. Devouring the Feeble
9. Earthrot
10. Hades Rising
11. Wretched Human Mirror

The Fathomless Mastery is the third full-length album by Swedish death metal band Bloodbath. Former Scar Symmetry vocalist Christian Älvestam performed guest vocals on the sixth track, “Iesous”. The outro of the final track, “Wretched Human Mirror”, features samples from the movie I Am Legend. A video was made for “Hades Rising”, directed by Owe Lingwall and shot on location in Vallentuna, near Stockholm. The album peaked at No. 45 on the Heatseekers Chart in the US on release.  The album was reissued in 2011, bundled together with the tracks from the Unblessing the Purity EP released in 2008.  The Fathomless Mastery is the last studio album with vocalist Mikael Åkerfeldt and the first to feature lead guitarist Per Eriksson.