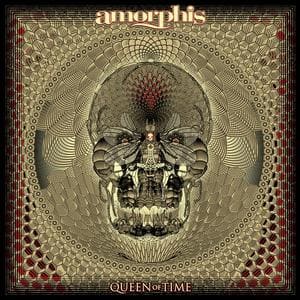 The thirteenth studio album by Amorphis. Marks the return of bassist Olli-Pekka Laine after the departure of Niclas Etelävuori. Cover artwork was created by French artist Jean “Valnoir” Simoulin from Metastazis.

With Pekka Kainulainen’s (lyricist) words, the lyrical theme is universal: “Cultures rise, flourish, and are destroyed. The story of man is the story of searching, finding, and forgetting. A single spark can set the world afire, a single idea can give birth to a new culture. The greatest can stagnate into insignificance, the smallest can hold the power for change. The lyrics on this album are distant echoes of ancient forest peoples, from a time when meaning was proportioned by the cosmic forces that govern birth and death. If the connection was lost, they sought for a strand of knowledge, found a new direction, and a new age began.”